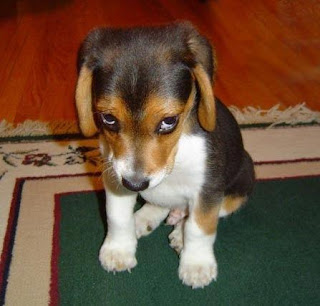 I am so late in getting this post up, sorry. I started this post on Monday, but since Runar and I are sharing my laptop for the time being, I don't get to spend more than a few minutes at a time with it...

Last weekend and week spent up at the mountain farm was pretty awesome. So, the kitchen sink was frozen the first two days, but, pfft, everything in the bathroom worked fine, so it was a minor problem. Temps were below freezing most of the week, but the sun was shining and the wind wasn't too harsh. The boys cut down a lot of trees and pulled them out to the lot by the road where they'll chop and pack them, ready for next winter's firewood season.

We went hiking one day and spotted droppings from roe-deer, the shy, much bigger red deer, moose, wild hare(mountain hare) and also droppings from the majestic capercaillie and his smaller cousin the woodcock. I always feel better when I've made certain these beautiful animals are still around in the woods. Even though the forest is legally mine, it truly does belong to these animals a lot more than me or anyone else.

One morning we woke up to see a stout had been checking out Georg's food bowl. Its little tracks were all over. I was very glad to see it, because even though it's quite the little rascal, it is also a terrific mice catcher(read eater) and maybe I can thank this little fella' for the empty mouse-traps indoor.

Thursday came and we decided to spend it without any cigarettes. We did good - or at least I did good, Runar drove down to the valley to get some groceries and may or may not have smoked his lungs out while away - until Helene texted us she was coming home for the weekend after all and could we pick her up by the bus stop at noon. Runar's face went through various representations of joy, longing, fear and sheer terror in a matter of seconds;

"Helene IS coming home! I've missed her so...Oh-my-god-if-she-sees-us-while-in-the-throws-of-nicotine-withdrawals-she'll-freak-out-where-is-the-cigarettes-we-need-to-start-smoking-again-RIGHT-NOW! *breath* Helene is coming home! Text her back and say I'll be there to pick her up!"

We went to bed happily excited about the weekend and woke up to a snowstorm. We dug our way to the car and headed home. There isn't much you can do up there with that much snow and still more coming down. Helene's bus was delayed by hours as there was complete chaos on the main road. The snow kept coming nonstop until Sunday, but we had a nice and fun weekend at home and I made a proper moose stew before she left, Sunday.

Since it had stopped snowing, we decided to take a chance and headed back up to the farm. We figured we could clear the snow, do some chores, check on equipment AND pretend to be teenagers for one more night. At 3am I woke up to the most insane storm I've experienced in a long time. It was raging outside.

It is difficult to explain, the experience of a severe winter storm in a logbuilt cottage up in the mountains, for someone who hasn't ever experienced it before.

There is the sound of it. You don't just only hear it with your ears, you feel it. The howling wind raging outside is loud enough to scare you, but there is also the ghost of it that can be felt wafting through the room inside, letting you FEEL the closeness to the north pole. (old logbuilt cottages are not as airtight as modern built houses).

There is the astonishing loud sounds of walls, beams and roof creaking and moaning under the strain of the strong winds and you can't help but fear the entire house will just take off with you inside it. You literally feel the house shuddering on its foundation and it feels freakishly grand and terrifying all at once. I have to admit that I sent grateful thanks to the folks of time past, that really knew how to build strong houses and where to put them, where they could stand their grounds through countless raging storms. The house consists of two small log cottages built together. One is from the late 1800, the other from early 1900. I bet it'll stand for another 50 years at least.

Next morning when I woke, the storm was still raging, but it had stopped snowing and the sun came out every time there was an opening in the clouds. Temps were minus 8, but with the added wind chill, who knows how cold it really was. The house was so freezing cold, that we had to settle for warming up the living room with the wood burner and acknowledge the rest of the house as uninhabitable.

Georg refused to open his eyes until the living room was cosy and warm and he only agreed to do his necessary outside after I lured him out with a slice of ham. He loudly demanded to be let in immediately afterwards. He even refused water, only gulped down a few mouthful of snow, which means he planned on staying indoor the entire day without moving an inch - actually I think he planned on staying indoor until spring. He had that look about him...

The wind had sculptured the snow in eerie patterns and the cold temp made sure those pattern stayed like that. It is a bit like looking out on a sea of white. You know the way the sand has waves under water on a beach? Yeah, that is how the snow looked like outside. Or like a white desert. I haven't ever been in a desert, only watched docus on TV, but the snow forms like sand dunes. And there were snow-devils. I know, that is not a real word, but it ought to be. You've heard of sand-devils? whirlwind of sand that dances down the dunes? Yeah, that is what snow-devils are and they are magnificent. When the sun shown through them, the snow crystals glittered like diamonds and you could sort of hear the tune they were dancing to. Wild, feisty, energetic. Mother nature showing her powers and the elements declaring the joy through their storm dance. For realz you guys. It. Is. Magic.

Runar spent most of the day under a thick duvet, nursing a bad back - the dadman-of-the-year had played with the kids and thrown Helene over his shoulder as he did when she was little...and he was younger. I spent much of the day thawing and flexing my fingers, aching like crazy. Old age certainly caught up with us fast. I mean, yeah, maybe we did deserve it for stretching our luck and wanting to pretend we were young again...okay, no maybes about it, but sheesh, did it have to rub it in our face this bad?!?

The strong winds and cold temps continued most of the week. Old Man winter seems to have a score to settle with us this year. Grumpy ol' bastard!

Runar had the first meeting at his new job, yesterday. I asked him how it went and he said it was just as good as he had hoped and it was like he'd come home. Bodes well.

Next week is Easter holiday and will be filled with family and friends get-togethers. If weather allows, there will be bonfire and egghunting in the snow up at the farm. Whee!