Anyone who says dogs don't know the difference between indoor and outdoor playing, is wrong.


We've already been on our walk down to the fresh water lake we always let Georg cool himself down a bit. Hot summer days are tough on a St Bernard, his daily dip in the lake is the favorite part of day. They just had a bit more energy left when we got back and needed to express their joy to each other and the world. 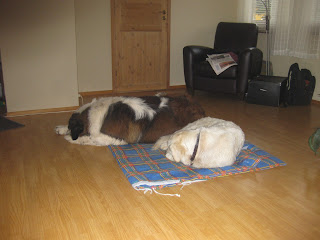 Vera stayed with us for a week, while Thomas and Charlotte, first time parents, got settled with a new baby in the house. For that whole week, Vera did not once! sleep in her own bed. Georg doesn't mind sharing his blankie, even though it means he'll be sleeping half way on the floor.

Poor Vera experienced her first period of heat while she was with us, thankfully Georg is his same old self. I'm not sure if it is because he still isn't fully grown up and hasn't quite hit puberty, yet (he's 2.5 yo), or if it's another result of inbreeding. Frankly, I don't care. I love him being able to mingle and play with all dogs, regardless of size, sex, heat or not.

Jasper(My sister's dog) almost raped her. They visited us while we were up at the farm and he just went BANANAS! Hildegunn and I had to throw ourselves on the darned dog, to pull him away from Vera. She had no idea what was going on and was a bit frightened, although not enough to keep her from pleaying the tease, wagging her tail in front of him. Talk about drama. 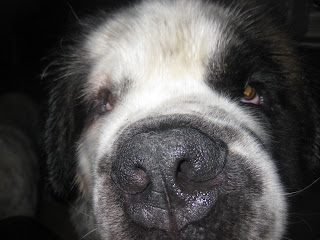 
A neighbour dog also came sneaking around to our back garden one day. Storm got tied to a tree until his owner came and picked him up. The owner being the neighbour with the agressive Leonberger who attacks children and adults alike. Storm is their smaller Tollerman hunting dog. Runar had no problems catching him and leashing him to the tree, at least.

Thomas and Charlotte was very anxious and worried that Vera would would show jealousy towards Frida,  but I was pretty sure Vera would recognize Frida as a member of the family and become a devoted "big sister". Sure enough, Vera sniffed the baby chair and then ran over to Charlotte who was holding Frida. She slowed down, sat down and carefully sniffed the baby, then licked her fingers and wagged her tail, before running around checking that her water and toys were still there after a week's absence.

A good week later Vera has excelled in her new job as big sister. She comes running if Frida cries and will run to Thomas, or Charlotte making it very clear with her body language, they need to go pick up Frida.  She will take up position outside the bathroom when they are changing diapers, or bathing her, she'll sleep outside the bedroom door at nights. Thomas and Charlotte have done everything right and I am so proud of how they've handled it all.  I walk in their door and I can immediately sense the harmony and love residing in their home. 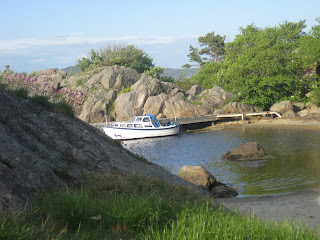 We got the boat on water and had our first trip out in the archipelago. It was windy and freezing cold, so we stayed close to shore. Being the landlubber I am, I am extra scared of big waves early in the season, but it was a nice trip and I experimented a bit with the camera. 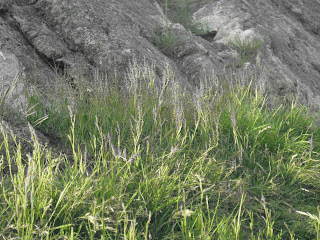 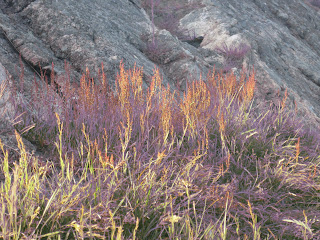 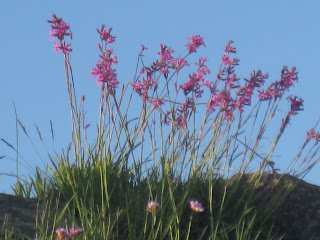 ...and light, hulloo! It's me, I just figured out there were such options as colours++ on my camera. I've only had it for 5 years... 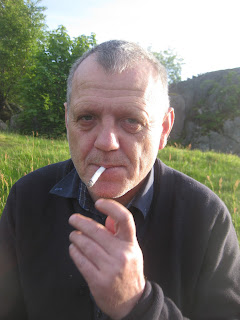 Runar has gone mostly grey by now. In Runar speek, that means cut-me-hair-short. 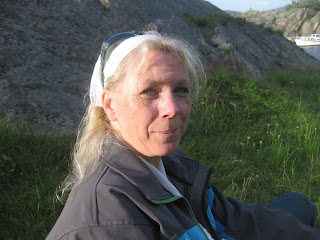 My hair is longer than I've had it, ever. I am working on persuading Runar agreeing on me cutting it short. Why are men so terrified of their wives changing their haircuts?!?

I think we have mould or some kind of dangerous moist issue in Simen's bedroom. I have noticed a ...stink in there, but figured it came from Simen having left a cup or a dish of something in there, pluss dirty socks, etcc and I've nagged on him to clean up. I walked into his clean room and that same stink was there. I asked Runar to check and he smelled it too, which means it's bad, because that man has nearly lost his sense of smell due to his excessive smoking. I asked Simen if he hadn't noticed and why he hadn't told me. He said he thought it was his smelly feet. I cracked up laughing. I know, I'll be given the bad mom of the week award again, but the way he said it was too funny.  The boy with the mouldy footsies are now sleeping in the spear bedroom. I stayed up till 1 am folding clothes (I know, I'm terrible. I have washed clothes nonstop since we got our new washing machine, but haven't folded as much as a single piece of clothing). It's the downside of having a spear bedroom you can close the doors on and "forget about". He's got the rest of the week off school, since they've started on all the exams, which means he'll stay up until 2 - 3 am and sleep until I tempt and lure him out of bed with fresh coffee around 10 in the morning.

Now we have to empty his bedroom completely and figure out what is the problem. Ack! It. Just. Never. Ends.