I have a dream.

I've been out with Marianne 4 times tonight. Then an extra time with Georg. We finished the paintjob on the patio(not sure what it is called, really, it's a wooden veranda at ground level with 7 ft windbreaks around 2 of the sides) and I had to keep Marianne upstairs. We keep her in our bedroom(on the floor only, yes I am a hard woman in these matters) with the garden door open. It works brilliantly and we have never experienced more than one accident, when she peed on Georg's blankie the first night). We are going to keep at it for as long as we can stand it – seeing that temps already drops to 10 C, that might get difficult in a month or two.

I'm too tired to write, really, but it is always then! I get creative and have fun writing.

I dream of a new sofa up at Vintland. The old one we have now, is a sofa that lived his late years down at my parents' old house. They got him from their elderly neighbours who were getting a new one. Let's call him Truls. Truls is living his AFTERLIFE with us up there. I swear you can feel the strain of every pair of bollocks that has put their imprint on this poor ugly thing.

By now I bet half the stuffing left is doghairs. And he IS hideous. It is exactly the kind of sofa a dog would love. Georg loves it. I'm prepared to bring the ugly corpse home to Mandal and let my house be his mausuleum, as long as I get a new sofa in the cottage. It will mean no dining table, but faaak!

I want a soft sofa with high backing so bad. It's just that, even though I generally don't want the dogs in the furniture at home, Vintland isn't home. It's our haven. It's been Georg's haven. It was Marianne's first home and her haven. It should continue to be so. There is absolutely no way I could ever deny Georg climbing up on our lap on the three-seater. No. Fucking Way! I don't want to, either. I love having a monster of a laptog drooling all over me. I know it sounds insane and I know I am a walking contradiction of terms, but there you have it. It's just how I am knitted together. (I don't think we should try to understand me, it will give you headaches, believe me, I've tried for years. ...bad headaches)

I like a clean house, but I also like a house you would immediately feel comfty in. I think most people actually do. Visitors rarely sit in our sofas, they slouch in our sofas. I do have a very relaxed relationship with mess. I can let it flood my table and not care one bit. And then BAM! it's enough and I can't STAND IT ANYMORE! And I race around speed-cleaning like I'm the energizer bunny in those old commercials, before I collapse back like a sack of potatoes, again, taking part of the conversation, watch TV, whatever.

I've given up a bit on the floors. I vaccuum on average 3, or times a week. Depending on weather. I wash them once, or twice. I don't think I have had a house where doghairs aren't floating around in the air, behind and under furniture, in the corners, behind doors, you name it! since we got Doris 18 years ago. I don't allow babies on the floor unless I bring up a clean blanket for them to lie on.

We kept Simen in a crib the first months of his life. They would have eaten each other up. Literally. Their language as babies was synonymous with mouth. It was disgusting. By the time he was 6 months, I was like; Meh! Eat each other and share food for all I care, we've all got the same shite anyhew! It may have had to do a little with Simen having had the whooping caugh and wasn't healed until then and I had suffered 6 months on very little sleep.

My mother was ready to throw the child service peeps down my throat. “ELI!” That kid isn't going to talk when he turns 1, he'll bark! Are you aware of that?!?”

He didn't. He did pant as one to get Doris' attention when she walked into the room. It was hilarious. And a little creepy. They were the best of friends who helped each other do mischief on a daily basis until they were 3 years old.

When he started school and came home to an empty house, he had to open the door while hiding behind it. He said it was because Doris would be standing waiting and jumped out the door in such excited joy she ran down whomever(whoever? No, that doesn't sound right) was standing there.

I think she made Helene feel safe too. She was very protective. In a happy whimsical way.

Simen has told me that he never felt like he was coming home to an empty house. “Because Doris is there, of course, mom.” He used to exclaim with a tired-of-life look that did so not fit his age, whenever I asked him if he ever felt alone as a kid. Hey, I'm a mom, all working moms will enter the pit of guilt a time or millions!

Oy, I'm rambling. Why didn't any of you stop me?

What I really meant to say is I need your help.

I need some advice. I want to make a sheet cover of sky leather, or something similar and just as easily cleaned, type of sheet cover. Problem is, I have no idea how to make one. Have any of you guys done this? Seen it done? Know a good site? 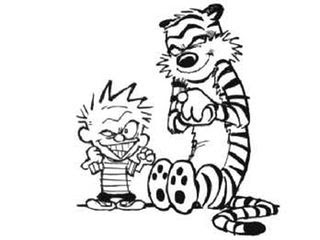 I can't afford it yet, but that doesn't mean I can't make plans. [satisfied evil low cackle] I am totally going to manipulate hubby into agreeing to this.


PS! Helene and her boyfriend came home for the weekend. It was also the weekend of the annual sea food festival. The 3 of us walked to town and ate lunch. I had the best sea food soup and fresh baked bread I have had in a year. It was heavenly, I tell yahs! Simen stayed home with Marianne, because he was going out with friends later and didn't mind staying behind. It was a nice weekend. I think the boyfriend at least didn't hate it, even though he suffered terribly from his allergies. Thankfully there has not been dogs in their bedroom and he was able to seek refuge there when it got bad.

PPS! Oh, and Marianne is well again. No more UTI.