Bee-swarms and snakes and more pictures of the puppy

Have you ever seen a bee swarm? I hadn't. Until this week. It. Was. Awesome. And a bit scary, I have to admit. We were outside on the lawn blowing bubbles - actually I was trying to show the 3 year old neighbour boy how to blow, because he was spitting instead of blowing - when I heard this insanely loud buzzing noise. I look up and see this huge whirlwind of bees coming around the corner of the roof. "Oy!" I called out to Benedikte; my neighbour farmer mom, "Bees!" and pointed, grabbed the boy and jumped up the steps and inside. She was right behind with her 1 year old son on one arm and dragging my nephew by his hand in the other. My two older nieces were right behind them again. I got the door closed as the swarm reached the steps and we could watch it safely behind closed windows.  The neighbour cat we left outside. She just sat watching the swarm over her head with all the calm in the world. the bee swarm was sort of like this picture of a swarm in Portugal, I found on Google

The neighbour cat has got to be the coolest cat ever! This cat catches ducklings. Benedikte said they had woke up to duckling corpses on their front steps 4 times. I asked her how on earth she managed to catch ducklings, because in the one lake where wild ducks resides, you can't really walk along the banks of the lake, because it is all marsh, or bogs. You'll sink in to your thighs, if lucky.  She told me they really don't know, but the cat comes back dripping wet from head to tail. The cat also catches mice and rats. I made sure to become her friend and fed her some leftovers in secret, because I have mice in my flowerbeds and they have killed my Asian lillies. I strongly suspect one of those mice has crawled up below our floor boards in the kitchen to die. There is a HORRENDOUS! stink coming from the floor, or outer wall in the kitchen. We had a horrific stink meeting us, when we opened the door this weekend.  I scrubbed all the rooms, downstairs. I forced Runar to help me move all big furniture. I made him clean out the drains in the sinks. Nothing helped and our worst fear was real - an animal had died, stuck up underneath the floor. We've had to keep the window in the kitchen open all day and all night and I have just served meals in the living room. Yesterday morning we woke up to a stink-free kitchen. I looked outside and sure enough, my new feline best-friend-forever was laying on the grass all queen-like, rolling over on her back and stretching when she noticed I was looking at her.  I can't guarantee that she actually did remove the cause of the stink, but until I left in the afternoon, there was no trace of any stink. I am going to adore this cat for as long as she lives! 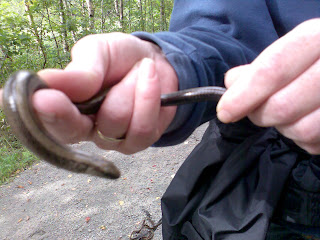 Wednesday morning, right before hubby's brother and wife came to pick up the kids, I was pulling the grass the hubby "forgot" to mow around the front steps, up by hand and I suddenly pulled up a snake! Kid you not! It was a harmless nonpoisonous little slow worm. Like this one I caught a few years ago.

I have to admit that my heart beat fast for a little while, as I'm told that there is an exceptionally large amount of vipers, this year. I think it was trying to escape, but accidentally jumped right into my hands, instead.
The city-kids certainly got their fill of wild-life. They were thrilled - as long as they could watch it in my hands from the doorway. Thankfully they weren't afraid of going outside when I told them that this slow worm was actually just a newt without legs. Then they ran outside to look for more legless newts :p


Back to bee swarms. Hubby's brother and wife came and picked up the kids, yesterday morning. We had a ball all 3 days we were up there, btw. After they had left, I cleaned up the house and as I walked out the door to mow the rest of the lawn, I heard that incessant buzzing sound again. Sure enough, another swarm. This time they seemed to stop at the neighbour house. There was a whirlwind above the rooftop.  I braved up and went over to check if they "bunkered down" The swarm had seemingly disappeared while I was on the phone with my dad. Yes, I panicked and called my dad who could reassure me that bees when swarming are so occupied with surrounding their queen, they don't sting unless you bother them. All I could see was about 10-20 bees or wasps - I couldn't see which - flying and/or crawling in and out of the top ridge tiles. My dad and I guessed they were wasps that had been agitated by the bee swarm and decided not to call the neighbour.

I called my oldest sister to brag about my wild-life experiences, but she just pfft and said she had experienced countless bee swarms in England - where she's lived half her adult life - and told me it was no big deal... Maybe it isn't so very special, but it was quite a thrill for me, at least.

Oh, got some more pictures of Marianne ^_^ 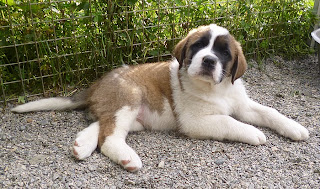 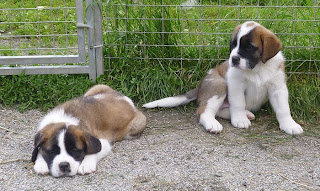 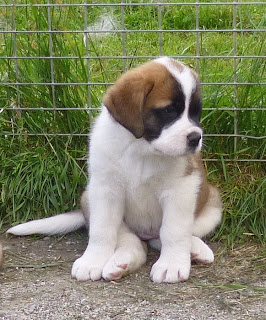 Isn't she just the cutest thing you've ever seen?!?